I have many homes; Hargeisa, Somaliland happens to be one of them. I was born elsewhere, never lived in Somalia or Somaliland, and yet it is in my blood. You can’t get much deeper than that. My first visit back in 2009 was a slight shock to the system which was to be expected. This time around constituted my third visit in 8 years, and I was feeling like a real ‘lander. Stepping off the plane, I felt a sense of familiarity as well as a refreshing gust of cool inviting wind.

A visit to Hargeisa, in my humble opinion, wouldn’t be complete without heading to Summertime Cafe and ordering a cup of their famous shah loos ley (tea with nuts, in this case, roasted peanuts). Their outdoor courtyard is a relaxed place to catch up with family and friends. The layout has changed from my last visit. There is now a flatscreen tv to catch the latest football match and a brand new shiny ATM cubicle. The quintessential hang out spot. Oh, and did I mention you can also get married here?

Everywhere I looked in the capital I witnessed progress of some kind. This is no small feat for an autonomous country like Somaliland which isn’t even recognized by the international community. Improvements have come by the sweat, sheer determination, and belief in God of a people who have faced countless hardships and overcome many odds and yet remain resilient and proud. These are my people. Of course, even more could be accomplished with the banishment of that green herb otherwise known as kaat. The government could also be doing more for its citizens, including installing paved roads, street lamps and establishing a proper water supply network. But I understand, progress takes time. Cookies weren’t baked in a day.

One area near the main shopping district known as Baadlaha now has traffic lights which impressed me. What didn’t impress me was hearing how to some they are there to serve no other purpose than as decor. So much so that traffic police have given up, and now don’t bat an eyelid if an unyielding vehicle happens to pass through a red light.

I have heard that plastic bags have now been outlawed, replaced with bags made from biodegradable material. This is wonderful news, considering how plastic bags used to be referred to as the flowers of the city.  I’m not a political person by nature but I believe that governments have a responsibility to the people they govern, just as we as a community have a responsibility towards our fellow citizens within our communities. As a collective we are better.

Inevitably, I find my appetite increases almost instantly when I’m in the city. Whereas the norm is for me to eat a few spoonfuls of rice, when I’m in Hargeisa if someone were to put that on a plate and hand it to me they would catch some serious side-eye. Ohhh the eggs, the camel milk, goat liver, bananas, lemons, passion fruit, hab hab (watermelon), everything tastes so so fresh. The original organic.

One afternoon, we went for lunch at the lovely hotel/restaurant Lake Assal, so named by the Djiboutian owner after a saline lake in Djibouti which happens to be the world’s largest salt reserve. I happily drank maraq (soup) and ate plates of bisteak, chicken, and rice. Being gluten-free is not really a problem in Somaliland. It is normally very clear what has gluten in it, and what doesn’t. I heard from my dining companions that the rest of the food was equally delicious. Portion sizes in restaurants and cafes are generous as you can see:

On this particular trip we made it all the way to Laas Geel, a culturally and historically significant site of magnificent cave paintings. We set off from Hargeisa around noon with the sound of the adhaan (call to prayer) sending us on our way.

As we drove through villages, it made sense why we needed to trade in our saloon for a more rugged land cruiser. Following the GPS, tree after tree, rock after rock, herd of goats after herd of goats, we got closer to our destination (or so we thought). Along the way, we passed a man outside his home and another time two young herders and asked if we were close to Laas Geel. Their answers were unanimously “no! you’ve gone too far. You need to drive back all the way to the main road to Berbera. From there, you’ll find a road to your left that will take you to the town of Laas Geel.” And each time, we continued onwards, not heeding the words of the villagers but instead heading towards the enticing promise of 2.2 miles from Google Maps.

By this time, with no rock formations in sight and our bellies telling us it was time for lunch, we decided to stop and have our qatho (lunch) in the middle of the Somali countryside known as the mee. As we began unpacking the food from the back of the 4×4, a lady called out to us “are you alright, did something happen to your car?”.  We turned around and assured her everything was fine and that we were just stopping to rest. Satisfied that we were ok, she called out to another lady “have you seen the goat?” As they spoke, their voices carrying across the terrain, we were joined by an elderly man and 2 small boys. They all sat on some rocks across from us, looking curiously at what we were doing.

We made up a plate of food and as we took it to them one of the ladies exclaimed “We’ve already had our lunch, we live here. You all eat!” After much insisting, they finally took the food. The pride she had is one echoed in the hearts of many Somalis. With very little material wealth herself, there is no doubt that had we needed anything she and the others would not have thought twice about offering us whatever they had, even if it meant compromising their own comfort. Once we finished our meal, we felt re-energized and ready to be on our way once again. We said our salaams to our new friends and headed off, this time in the right direction. We made it to Laas Geel with about 30 minutes before sunset, and wow! was it worth the hassle and the long climb up. I’ll let the pictures speak for themselves.

For more information regarding Laas Geel, you can go to this article on Ancient Origins.

I’m not sure when I’ll be back next but I hope in the near future I get to see more advancements and positive changes God willing. And maybe a gluten free cafe? 🙂

The elections will be held on November 13th of this year. With each new administration, the hope is that a true leader will emerge with the wisdom and courage to take the country where it and the people deserve to be**

**This post was written before the 2017 elections. As of today, the new president of the Republic of Somaliland is Muse Bihi Abdi. 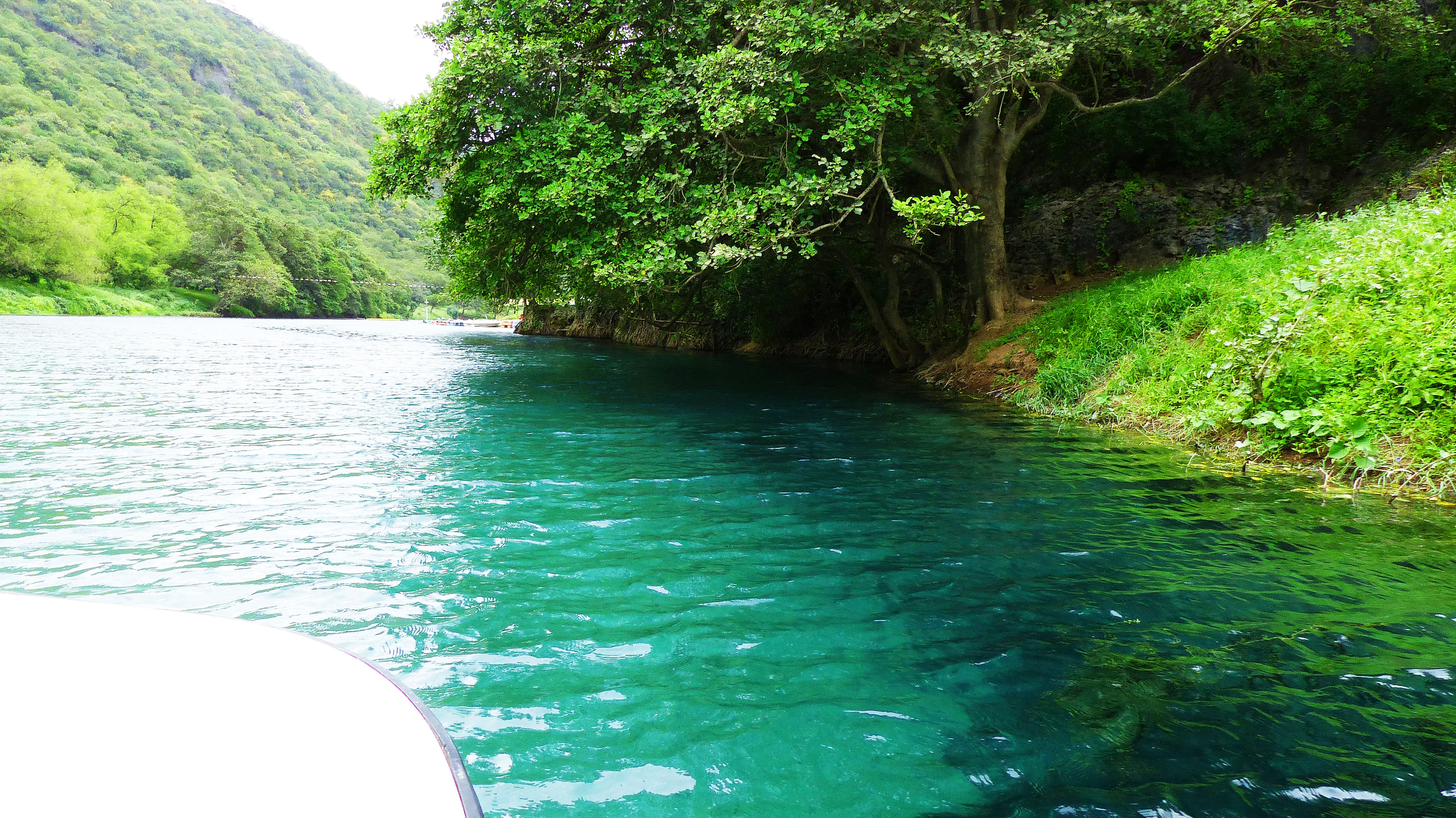 Mine to be exact, in my thirties. Please don’t judge. I recently went on a trip sans Mr. Lenz, my first ever solo one. 5 whole days of vacation adulting on my own. I figured why not? With Mr. Lenz away for the week working and nothing tying me down to Dubai, I thought it was the perfect time to get away. Now in my culture END_OF_DOCUMENT_TOKEN_TO_BE_REPLACED

The first post. Writer’s block’s best friend. Is this appropriate (subject matter)? Which direction to go; too heavy, too light. Sugar and spice and everything nice, or not so nice and a little salt. There are apps out there to the rescue according to Swoon Reads

I love, yet am slightly terrified of, technology, but I digress.

I’m in a nostalgic mood as I am sat here sipping my decaf espresso in a hotel room in Dubai, the city I live in and have come to love. Over the years, I have had the privilege of travelling to many parts of the world and observing different cultures. To me, travelling is like air. I live for it, becoming antsy when I feel I’ve stayed in one place for too long. I believe this is a consequence of my nomadic blood END_OF_DOCUMENT_TOKEN_TO_BE_REPLACED